It’s time for a Sonoma recap! I have so many pictures, it’s taken a bit to edit them, filter them, put them away for awhile and then revisit.  Here we go!

A little pre-flight stretching while waiting for our early morning flight in MPLS. It doesn’t really matter where we go and for how long, I love traveling with this man. Nothing but memories and adventure! 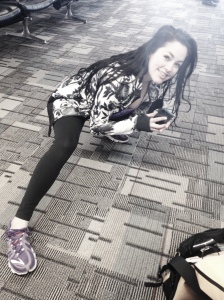 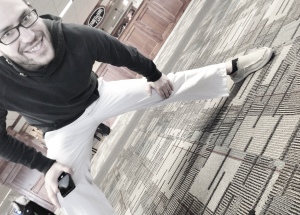 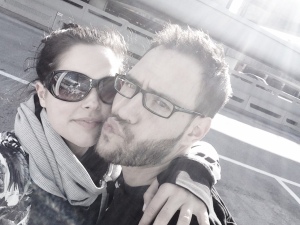 Brett and I arrived in San Francisco on Tuesday & planned to meet up with the rest of the crew Wednesday morning. In cost-effective fashion, we booked the cheapest hotel we could find.  Turns out the cheapest hotel in San Fran at that time was ten minutes from the airport, Hotel Focus. I’m not sure what they were focusing on because this was a less than basic hotel, and by basic I mean, not entirely sanitary.  There were mattresses leaned up against the wall along the hallway.  The “continental” breakfast had about 4 cheese danishes that may or may not have been expired.  I will say this, we knew going in that it was not going to be the average hotel experience.  I think we overestimated it, still.  We both slept with one eye open, wearing flip flops.  Our feet do not touch the ground while we are there.  Necessary precautions were taken. 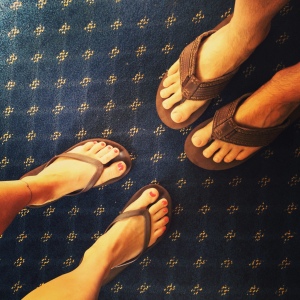 We hiked a few miles through an industrial area near our hotel to get to the closest Target.  Which coincidentally was connected to a mall.  We walked around, mostly people watching.  Came across a tiny nail salon and decided if their manicures were less than $25, we would both get one.  Low and behold, they were $20.  We got ’em. Yes, Brett enjoyed it.  After nail time we had happy hour at an awesome spot whose name escapes me.  For dessert, we hiked across the way and ended up at BJ’s Brewhouse.  It was crazy hoppin’ busy.  We easily decided on the Pizookie (pronounced pa-zoo-kee) Trio (cookies w/ an ice cream scoop) because who passes up the chance for a Pizookie? 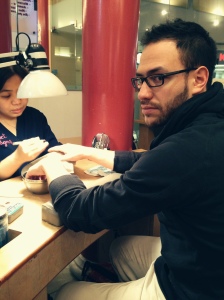 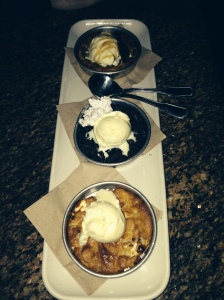 inspired by a lifestyle of photography, creativity, love, laughter and travels